The LaserLine LR Series and T–2000 alignment laser will save you money by allowing accurate control of centerline to within four (4) inches per mile! This greatly reduces over excavation and the high cost of moving more material than bid for. The T-2000 alignment laser beam is fixed focused to infinity. This provides the smallest possible spot over the longest possible distance.

Designed for shorter range applications requiring the ability to pre-position the alignment laser to a forward point, then lock it in place for maximum holding stability. The T-2000-0 features the same laser power and spot brilliance as its bigger brother (the T-2000), but at a more affordable price. Once in place, it stays there! The LaserLine LR-Series alignment laser was designed for long distance alignment applications where the ability to turn an angle is desired or required. The LR-Series features a large, easy to read LCD Direct Reading Digital Display for horizontal and vertical angles. This adds versatility in hard to set up locations, allowing the operator to turn angles from a known point. A foresight is not necessary. The laser beam is fixed to the vertical cross hair of the spotting scope, thus eliminating the need for a reflector or penta prism as a foresight.

The laser beam is fixed focused to infinity. This provides the smallest possible spot over the longest possible distance.

5 Milliwatts of power provides more range to target area, even in adverse weather or when shooting through a series of forward targets.

Some of the digital features include:

Variable power from 6-24x objective diameter is 40mm. Field of view varies at 100 yards from 17 feet to 4 feet depending on power setting. Ring mounts are satin chrome steel finish for rust free operation in wet conditions. Use with the LaserLine T-2000, or T-2000-0 alignment laser.

Changes laser beam from a spot to a vertical place of laser light. The fan lens expands the laser beam in the vertical direction at 1320 feet per mile, while maintaining the horizontal width expansion at 4 inches per mile. Use with the LaserLine LR2020D, T-2000, or T-2000-0 alignment laser.

An ultra solid, yet versatile multi-positioning platform for the LaserLine T-2000, T-2000-0, and LR-Series alignment laser. The mount gives you the ability to both horizontally and vertically position the laser to the pre-determined point that you require. In addition to offering tremendous versatility for your laser positioning, it is very rugged and stable. 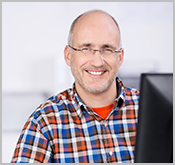 Talk to an expert.